Alberobello and its Trulli are one of the 54 Italian Unesco World Heritage Sites.

The Trulli are mainly set in the Itria Valley, among the provinces of Bari, Brindisi and Taranto, and are still used as dwellings. However, Alberobello, in the hinterland of Bari, constitutes the capital of trulli: the old town is made up of this unusual conic buildings, unique in the whole world.

According to some studies, these trulli date back to mid-14th century: it was common to demolish the ruined buildings rather than repair them. Dry-mortarless construction was made compulsory by the Counts of Conversano in the 15th century, in order not to pay the taxes for new settlements to the Kingdom of Naples. Trulli could be easily demolished and were not taxable.

Actually, trulli are not unsteady. They have a circular form and are made up of several small spaces linked to the main one. They have a good thermic balance: warm in winter and cool in summer. The roof is built with stones set up in circles. Fundamental is the keystone, usually decorated with propitiatory symbols.

In addition to the classic trulli, in Alberobello you can see the Siamese trulli, with a double roof, the trullo church of Saint Anthony and the Trullo Sovrano. You can also visit the Territory museum, hosted in a trullo, and the Casa d’Amore, touristic information point and first trullo made with mortars and lime. 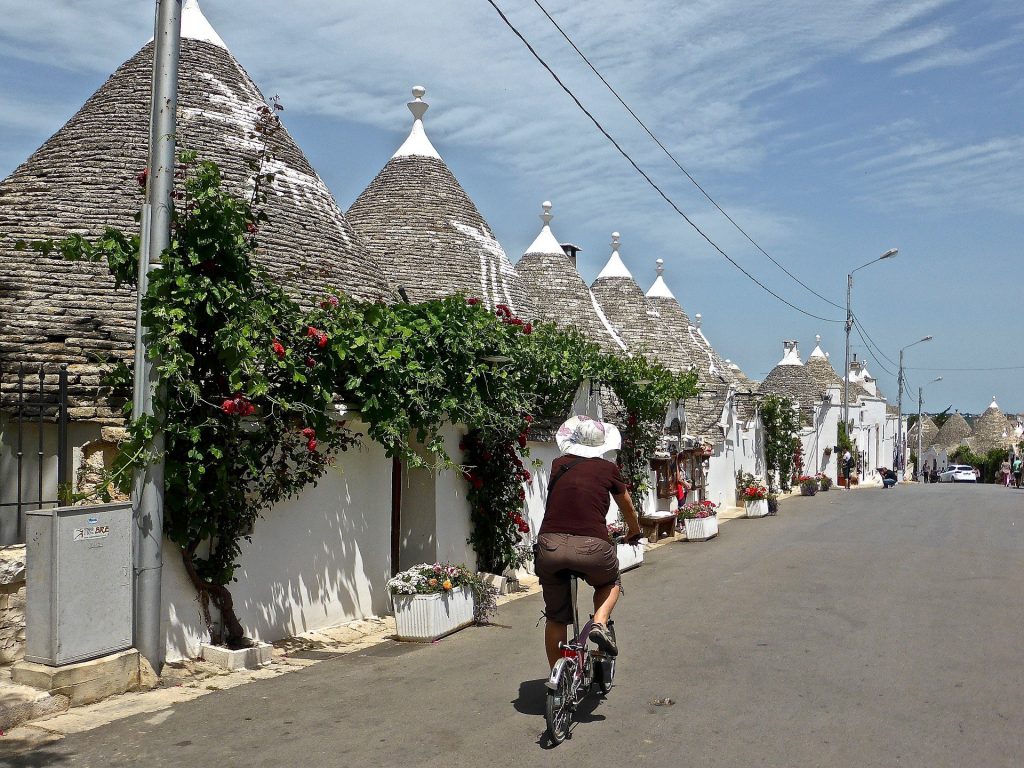 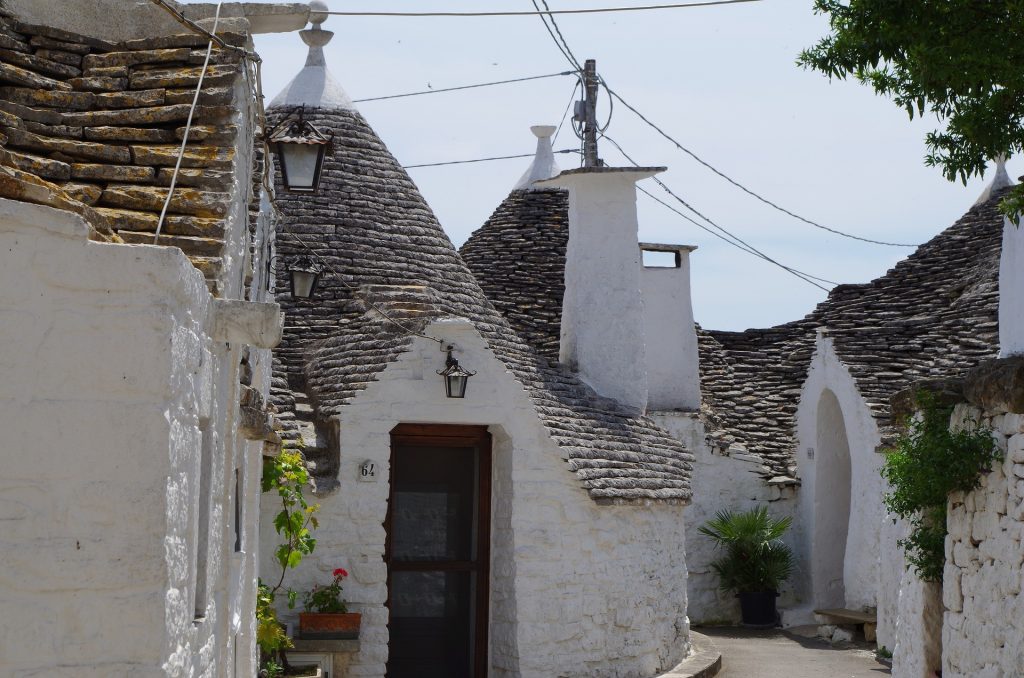 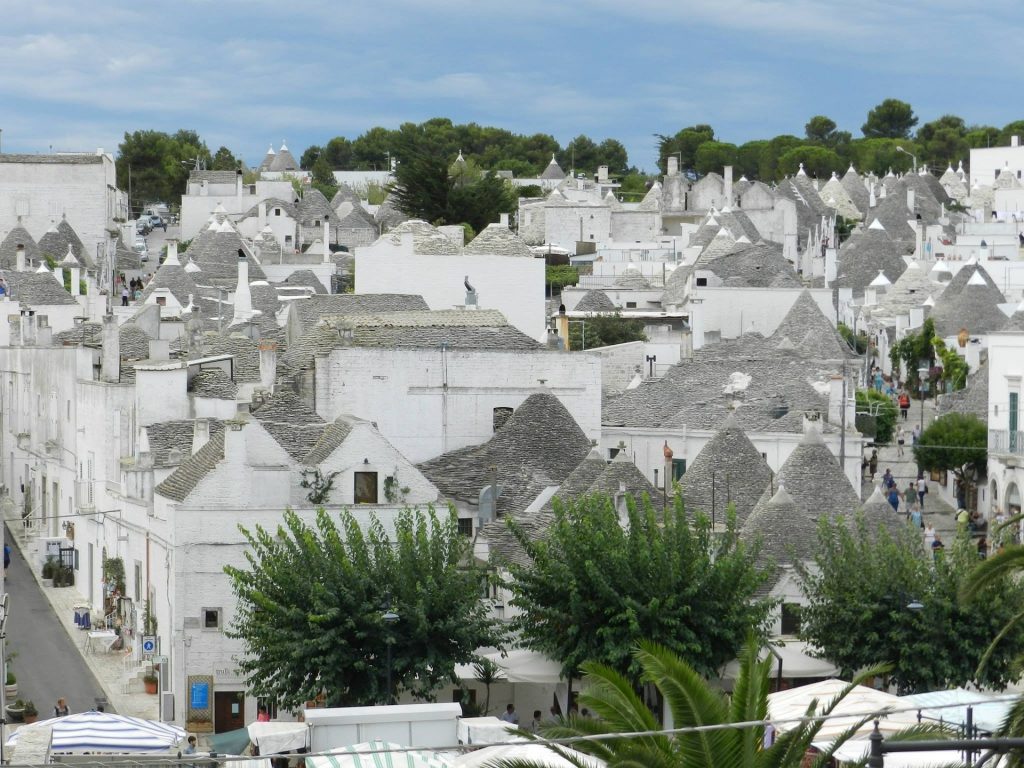 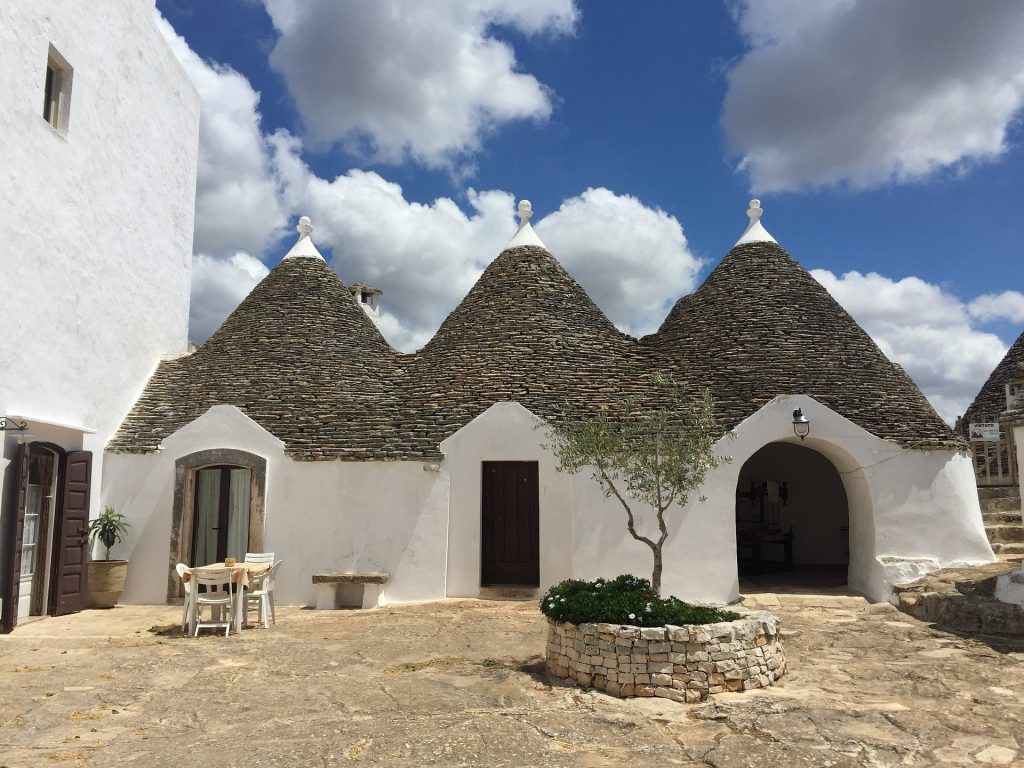 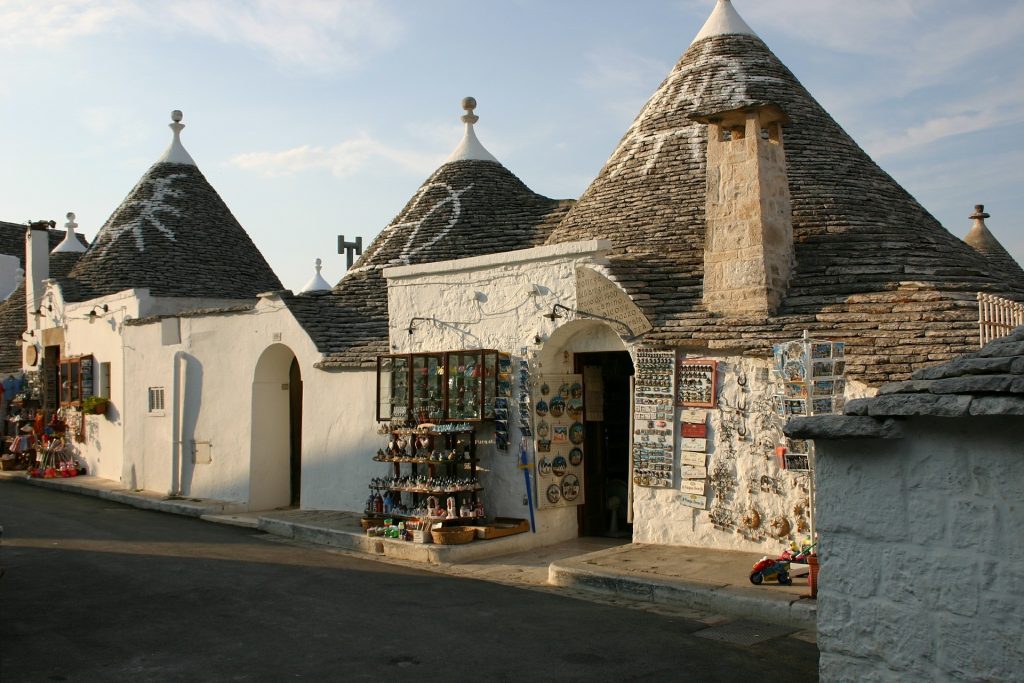 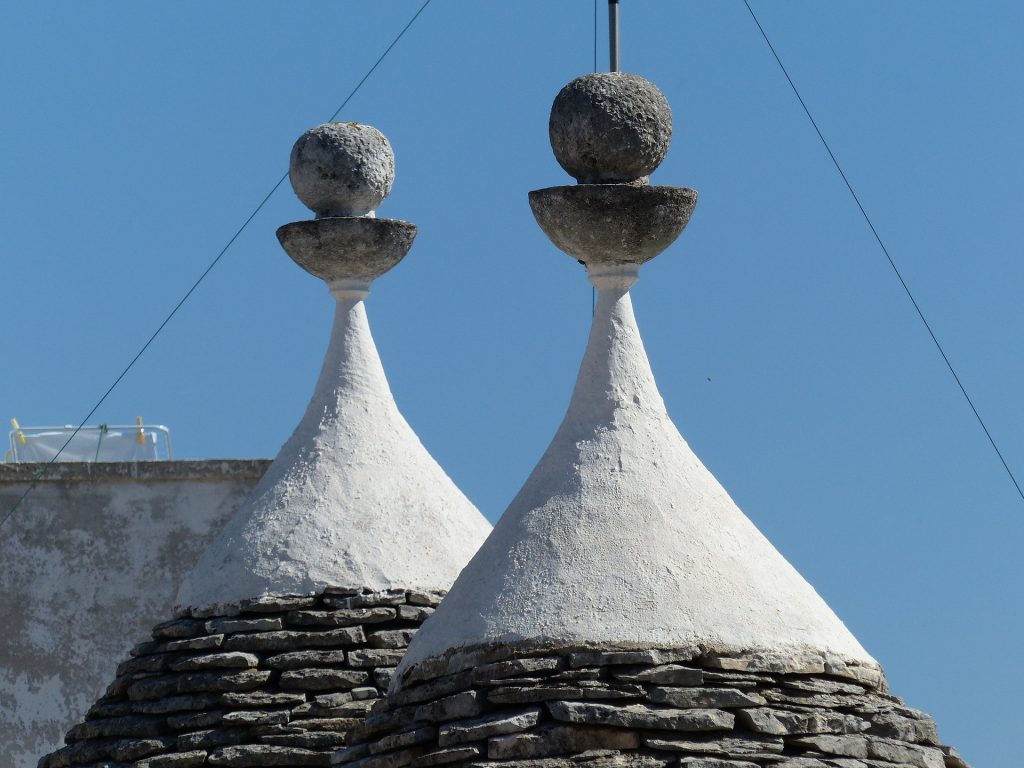 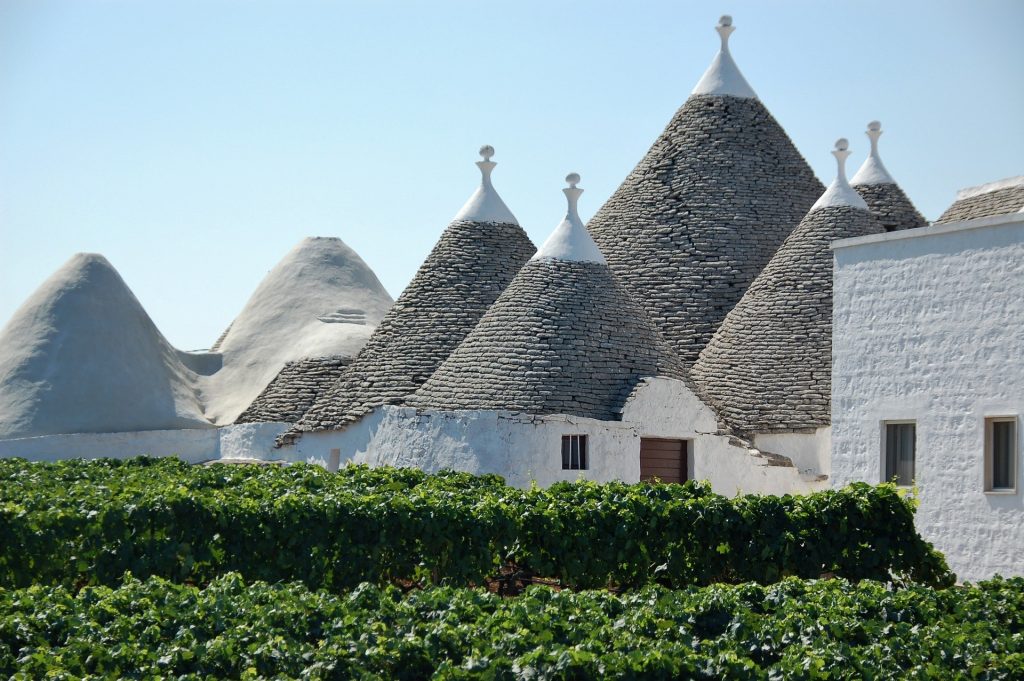 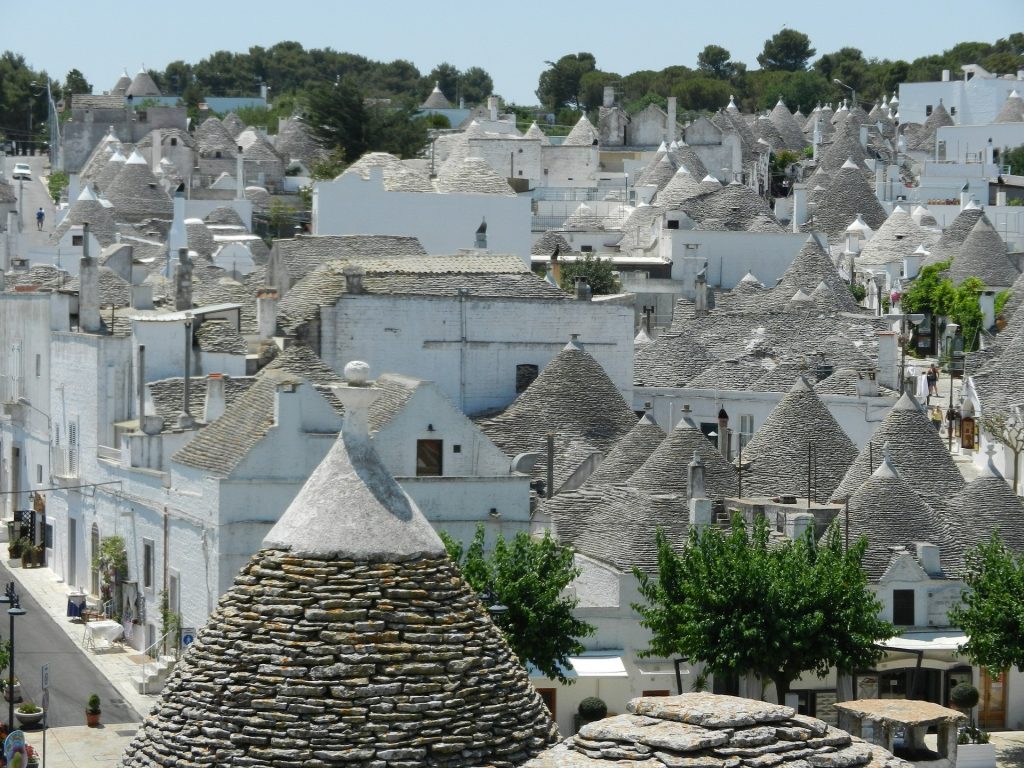 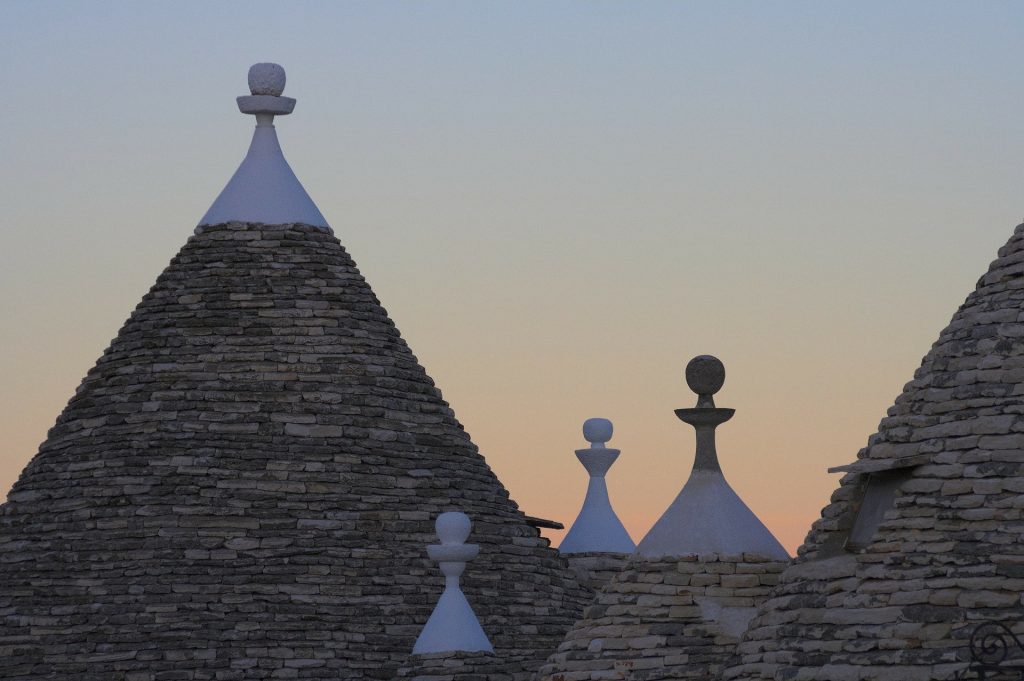 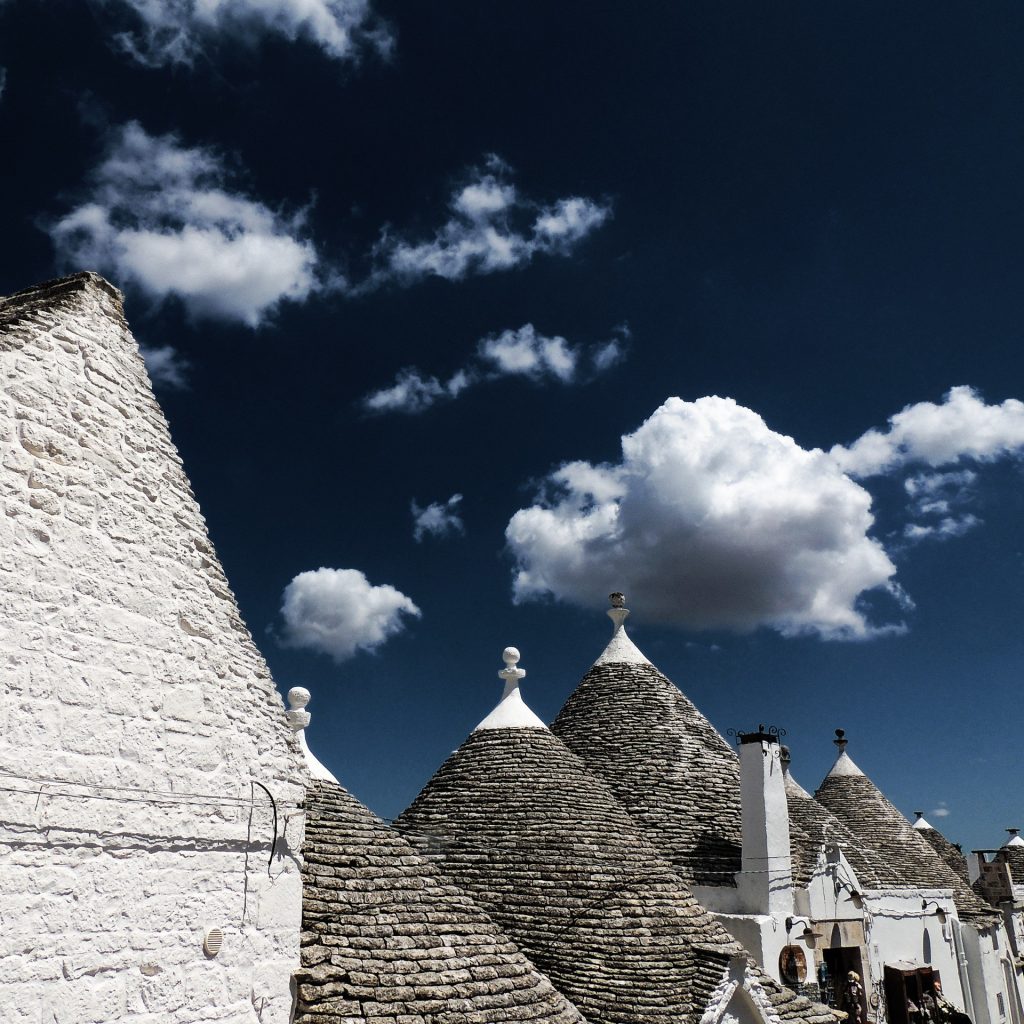